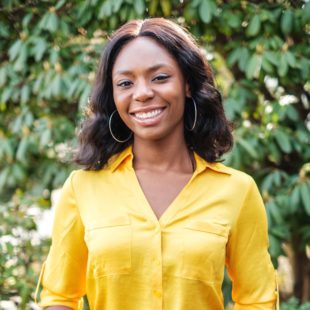 Monique John reports for WCPO, a TV and digital news outlet in Cincinnati where she focuses on gentrification, a topic that’s failed to receive sustained attention in the southern Ohio city. John is a writer and TV reporter with a background in covering a slew of issues in the U.S. and has worked extensively in Liberia. In 2019, she began freelancing for News 12 in New York, covering everything from business development to breaking news. Her work in Liberia dates to 2017 when she covered that country’s presidential election for the Voice of America. She also worked as a stringer for the BBC and has written for various outlets including OkayAfrica, NY1, The Root and Women’s eNews. In 2019, she received a grant from the Pulitzer Center on Crisis Reporting to examine the aftermath of a sexual abuse scandal in Liberia and the African country’s laws on violence against women. John is a graduate of Fordham University.

This beat focuses on gentrification. As with many cities across the United States, there is an influx of both money for redevelopment and interest in moving into urban neighborhoods in Cincinnati. Many of these neighborhoods had been occupied by low-income and minority residents. Now, as buildings are being remodeled, young, well-off people are moving in. That’s driving up rents and driving people who have lived in neighborhoods like Over-the-Rhine, the West End, Avondale and Walnut Hills for years (and in some cases generations) out of their communities. Throw in a massive Major League Soccer stadium in a low-income neighborhood and you have a topic that is one of the biggest in the Cincinnati area. Amazingly, no media outlet is laser-focused on this topic, no consistent, sustained coverage. This devoted beat Reporter uncovers significant and important stories about low-income residents, gentrification and the growing pains the region is facing. This coverage informs public opinion and helps provide an impetus for policies and change. Our ideal candidate is from a low-income community, or is familiar with gentrification.