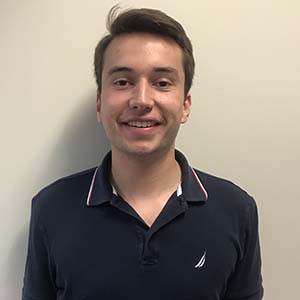 Aaron Bonderson is a multimedia journalist covering the news in underserved communities for Nebraska Public Media, the state’s NPR and PBS stations. A recent graduate of the University of Nebraska-Lincoln, he holds a bachelor’s degree in journalism. While there, Bonderson interned as a general assignment reporter at Nebraska Public Media, covering agriculture, business, COVID-19, the environment and more. He has also worked as a sportscaster for KRNU, the university’s radio station, and as a reporter, producer, and sportscaster at KTCH radio in Wayne, Nebraska.

The reporter tells the stories of people who live outside the two largest cities and of Nebraskans of color, who represent nearly a quarter of the state's population. The beat takes the reporter to the businesses they operate, Native American reservations, sprawling ranches and meatpacking communities, offering perspectives from a wider array of Nebraskans.