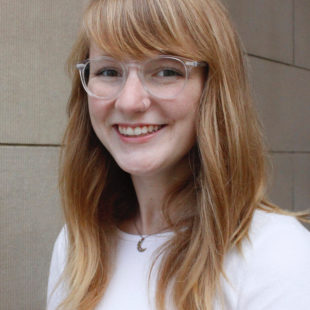 Abbey Marshall reports for The Devil Strip, a community-owned, independent news outlet in
Akron, Ohio, where she focuses on how economic trends affect ordinary citizens. Marshall is a
2020 graduate of the E.W. Scripps School of Journalism at Ohio University, where she studied
on a full academic scholarship awarded to a student pursuing a career in reporting. Throughout
her collegiate career, she completed two internships at The Columbus Dispatch as a metro reporter and web producer. She recently returned from Washington, D.C., where she covered breaking news as an intern at Politico. Having worked at a nonprofit in Mumbai, studied French and media in Aix-en-Provence and covered politics in the nation’s capital, she ultimately realized she missed the state she calls home and the fight for solid local journalism.

This journalist examines how broad economic trends affect real lives, especially those of our traditionally disenfranchised residents, which means cultivating sources beyond the Chamber of Commerce and the Realtors Association — whether in the Fair Housing Contract Service or among Amazon warehouse workers. The Reporter critically engages with economic data and complements the stories found in data by exploring the unequal distribution of resources in our community.