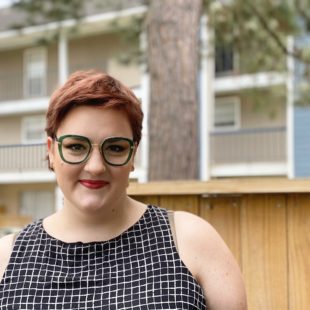 Abbie Shull reports for The News Tribune in Takoma, Washington, where she covers Joint Base Lewis-McChord military installation, a huge and underreported part of the local economy. She is a graduate of Columbia University’s Graduate School of Journalism and previously covered the Louisiana legislature for The Manship Statehouse Bureau. Her byline can be seen in The Advocate, The Times-Picayune, 225 Magazine, The Advertiser and USA Today. Shull is a proud alumna of Louisiana State University’s campus newspaper, The Daily Reveille, where she served as managing editor. She earned her B.A. in mass communication with a focus in journalism at Louisiana State University’s Manship School of Mass Communication.

One of the largest and most important military bases in the United States, Joint Base Lewis-McChord, is located in Pierce County, and plays a vital role in U.S. projection of power throughout the Pacific Rim. While Special Forces soldiers based at JBLM are deployed across the world to execute U.S. policy, locally the base is the home and workplace of more than 40,000 people, a critical part of the economic, social and cultural fabric of Pierce County. The RFA corps member goes beyond straight beat reporting to write about how one of the West Coast's largest military bases influences international relations and, more importantly, the economy, culture and political landscape of the county. Coverage of veterans and their families also is a key component of the beat, from transition services and military members leaving the service, to challenges with health care, education and housing once they become civilians.