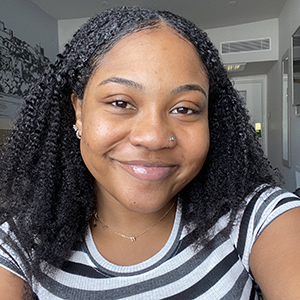 Abriana Herron covers the role of Black churches in the Indianapolis, Indiana community for the Indianapolis Recorder. A recent graduate with a bachelor’s degree in journalism from Indiana University Bloomington—she has also studied a semester abroad at the University of Kent in Canterbury, England—Herron wrote for Indiana’s student paper, covering racial disparities, government policies, among other news. She interned with the Recorder and she is excited to return to the nation’s fourth oldest Black newspaper as a full-time reporter.

Beat: The role of the city's Black churches

This beat covers the role of the Black church in the daily lives of Indianapolis residents, and on issues such as voter education, education and climate change.