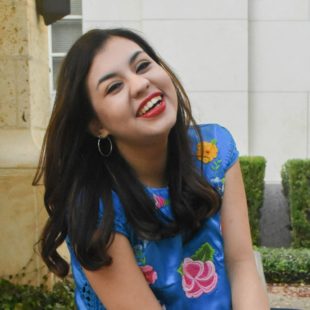 Acacia Coronado covers the Texas Legislature and the politics of climate change for The Associated Press. She is a recent graduate from the University of Texas at Austin. Her passion for storytelling led her to a bachelor of journalism degree. Most recently, she covered immigration and human rights as a fellow at The Texas Observer. She also did two semesters at The Texas Tribune as an investigative fellow, covering immigration, the Texas Legislature and criminal justice, and a summer in New York at The Wall Street Journal as a reporting intern with the U.S. News East Coast Bureau. She first fell in love with journalism as a Life and Arts reporter with The Daily Texan, the student newspaper, in 2016. She loves returning to her small-town roots and living her Catholic faith to the fullest.

Beat: State legislature and the politics of climate change

Texas and the federal government are on the cusp of starting one of the costliest coastal resiliency projects in the country. The moves are a clear response to climate change and increasingly powerful hurricanes, even as many of Texas’ GOP leaders refuse to acknowledge the science. This Austin-based Reporter will closely track any legislation as well as on-the-ground efforts to mitigate the impact of climate change. From the vantage point of Austin, the Reporter will also be well-positioned to be on top of any changes in the state, federal or local response during an election year and its aftermath. The Reporter will also be responsible for reporting stories on the role energy and climate change play in the elections.