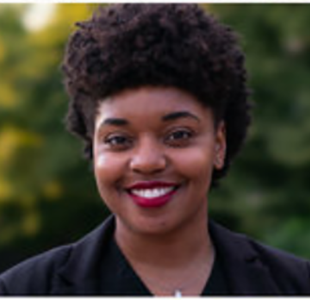 Aja Beckham reports for DCist, a digital publication that covers the District of Columbia and the people who live there rather than the federal government. She covers minority communities east of the Anacostia River. A graduate of the University of Illinois Champaign-Urbana with a degree in social work, Beckham has been a journalist in Chicago for the last three years as the Economic Justice Reporter for Free Spirit Media, which provides teens and young adults in communities of color with hands-on media production experience. She has also been an Early Career Journalist with City Bureau, a non-profit civic media platform on Chicago’s South Side. She was also an assistant to the CEO of the National Urban League. She was chosen for a State Department exchange student program in Indonesia and has also studied in China and Thailand.

Beat: Covering minority and underrepresented communities in Wards 7 and 8 in D.C.

News coverage gaps are particularly pronounced in parts of D.C. east of the Anacostia River, where Ward 7 has a poverty rate of 27 percent and Ward 8 is about 36 percent. Such numbers are often the focus of the limited coverage that these communities receive. But these neighborhoods are also home to a vibrant arts community, early stages of gentrification, most of the city's low-income housing, the Frederick Douglass house, and much more that routinely goes undercovered. This Reporter helps change that by developing an East of the River beat. Coverage includes a mix of enterprise reporting, features, and profiles, alongside coverage of community events, political developments, and other daily news. The role has a heavy community engagement emphasis, with regular office hours and in-person events. We believe it's important that this journalists is a person of color. Even more ideal is if they already live in the community they cover.