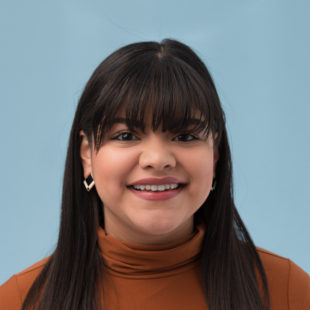 Alejandra Martinez reports for KERA in Dallas as well as The Texas Newsroom, a journalism collaboration among the public radio stations of Texas and NPR, where she covers the impact of Covid-19 and its associated economic fallout on marginalized communities. Before joining Report for America, Martinez was a producer at WLRN, South Florida’s NPR station where she covered immigration, marginalized communities, and the local arts scene. She would book, write, and produce stories for and the station’s daily talk show, “Sundial,” and she was part of Public Radio International’s (PRI) “Every 30 Seconds” election project, a collaborative public media reporting project tracing the young Latino electorate leading up to the 2020 presidential election and beyond. A native Texan, Martinez began her broadcast career working with KUT, Austin’s NPR station, first as an intern and later a producer. In Texas, Martinez participated in NPR’s Next-Generation Radio project, a week-long journalism boot camp, where she covered Houston’s recovery post-Hurricane Harvey in 2018. She graduated from The University of Texas at Austin’s School of Journalism in 2017.

This Dallas-based RFA corps member is a general assignment reporter with specific focus on the impact of Covid-19 and its associated economic fallout on marginalized communities. This journalist works primarily in the KERA newsroom on daily coverage for radio and digital reports, from breaking news to in-depth features.