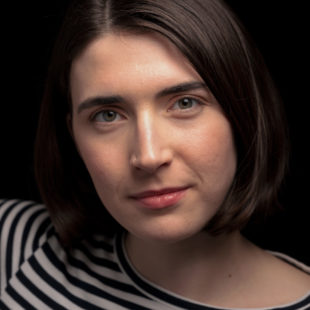 Ali Oshinskie reports for Connecticut Public, the Constitution State’s only statewide public media resource and home to Connecticut Public Television and Connecticut Public Radio. Her focus is on the Naugatuck River Valley and the issues that affect blue-collar workers there. The Report for America assignment is terra firma for Oshinskie, who grew up in West Hartford, Connecticut. She has produced live radio shows at every hour of the morning between 2 a.m.and 10 a.m. during internships and fellowships for New Hampshire Public Radio, Marketplace Morning Report and Connecticut Public Radio. She has written for The Hartford Courant and Arts Council of Greater New Haven’s The Arts Paper, and she has produced for Wondery’s Business Wars Daily and the New England News Collaborative’s weekly program “NEXT.” Later this year, her writing will be published in “Fast Funny Women,” an anthology of essays. After completing her undergrad at the University of Connecticut, Oshinskie founded a podcasting company, PODSTORIES. Most recently she was a program coordinator for the Yale School of Nursing.

This beat focuses on the Naugatuck River Valley as a place, and on the issues that affect blue collar workers in a state known for its industry but rapidly evolving into high-tech businesses. This regional Reporter watches trends in work, workers, and the aging labor force in the valley, while also paying attention to the demographic trends of this strip of the state that leans right while the rest leans left. They're assigned to municipal meeting coverage as well as weekend church carnivals and community gatherings. The goal is to find the many pulses of Naugatuck River Valley through beat reporting that has the potential to zero in on deeply reported accountability stories. Thematically, there are opportunities for the RFA Reporter’s work to contribute to our coverage of wealth-based disparities in health and education.