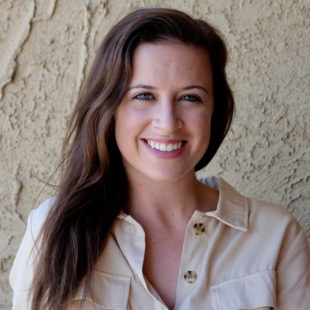 Amanda Ulrich reports for The Desert Sun in Palm Springs, California, where she focuses on Native American issues in Riverside and San Bernardino. Ulrich was already based in Palm Springs when she joined Report for America so she knows the area well. She has reported from the United Kingdom, Italy, the Caribbean, and in cities across the U.S., covering topics ranging from marginalized communities to environmental issues. Before relocating to Southern California in 2019, Ulrich worked as a reporter and web editor for a newspaper in the British Virgin Islands. While there, she wrote about local government and the many long-standing impacts of Hurricane Irma, which decimated the region in 2017. Ulrich started her journalism career as a reporting fellow for the Pulitzer Center on Crisis Reporting in 2016. She is a graduate of Wake Forest University and hails from Vienna, Virginia.

California is home to more than 310,000 Native Americans — virtually tied with Arizona as the state with the largest population — but has no reporter covering tribal issues, until now. The Report for America corps member reports on the 14 Native American tribes in Riverside and San Bernardino counties, covering issues such as tribal water rights and conflict with state agencies; tribal stewardship of land; development of casinos; land-use disputes; health, employment, education and crime issues on reservations; and cultural preservation matters, among other topics. This job is based in the Palm Springs newsroom but entails extensive travel in the region to visit reservations, casinos and other commercial endeavors run by the tribes. It also involves tracking campaign contributions and lobbying efforts, and liaising with state and local authorities who interact regularly with tribal authorities.