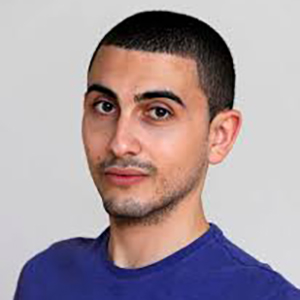 Amir Khafagy reports for Documented, a nonprofit news site that focuses on New York City’s immigrant communities. His beat explores the intersections of labor, race, class, immigration and urban policy. Khafagy’s writing has been featured in The Guardian, Vice, The New Republic, Bloomberg and Prism, among others, and he is the recipient of numerous honors, including the Ida B. Wells Fellowship and The International Center for Journalists COVID-19 Reporting Award. Khafagy holds a master’s degree in urban affairs from Queens College. A lifelong New Yorker, he hails from Jackson Heights, Queens. As a performer, Khafagy has appeared in Ping Chong + Company’s “Beyond Sacred: Voices of Muslim Identity” and in “Gun Country,” a Houses on the Moon Theatre Company production.

The pandemic heightened awareness around the many difficult, dangerous and low paid jobs that exist to keep New York City running. This beat covers a range of labor issues -- including the reliance of restaurants on immigrant workers, the connection of the construction industry with state politics, and the role of immigrant labor in the technology industry.