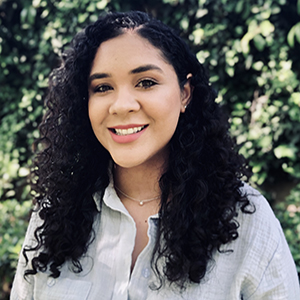 Andrea Briseño is an investigative reporter at inewsource, a nonprofit news outlet in San Diego, California. She is fluent in Spanish and covers K-12 education with a focus on Latino families. Previously, Briseño was the equity/underserved communities reporter at The Modesto Bee, where she shed light on communities and issues that had gone underreported in Stanislaus County, California. She also partnered with McClatchy Company staffers from across California to produce Spanish written articles and La Abeja, The Bee’s weekly newsletter centered on topics important to Latinos. A Fresno native, Briseño began her journalism career at The Rampage and The Fresno Bee. She is a graduate of Palomar College community college and San Jose State University.

The San Diego Unified School District serves more than 100,000 students. Three in four are students of color, nearly half of the student population is Hispanic, and about 60 percent qualify for a free-or-reduced price lunch, a common poverty indicator. This bilingual multimedia reporter primarily covers this district, with the possibility of expanding into similar districts, doing watchdog reporting with a focus on serving Hispanic families.