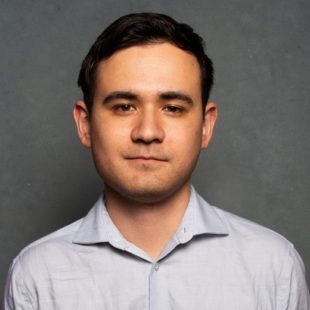 Andy Tsubasa Field covers the Kansas Legislature for The Associated Press, concentrating on the fallout from the state’s revenue shortfall. Most recently, Field wrote about local government for The Bismarck Tribune in North Dakota’s capital city, where his coverage of the community’s response to a refugee resettlement proposal drew national attention. Prior to joining the Tribune, he had internships at The Tennessean, The Chronicle of Higher Education, St. Louis Public Radio, Oregon Public Broadcasting and the Eugene Weekly. A graduate of the University of Oregon, Field was born in Tokyo and grew up in Singapore, before moving to the Houston area when he was 17. He is a Chips Quinn Scholar and was awarded ProPublica’s Diversity Scholarship. In 2016, He was also awarded a Certificate of Merit for Personality Profile from the Columbia Scholastic Press Association.

Beat: Kansas legislature, with special focus on the disintegration of public services

This Reporter focuses on the disintegration services in Kansas including public schools, prisons, mental health facilities and the foster care system—the result of a massive cut in state support in recent years.