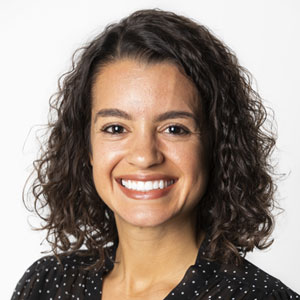 Born and raised in metro Detroit, Angie has been a reporter for the Post and Courier in Charleston, S.C., where she covered crime and criminal justice. She has embedded in neighborhoods that have long struggled with gun violence, provided an in-depth look at a mass shooting that left seven police officers dead or wounded and shed light on suicides among firefighters and first responders. She previously worked in Michigan at the Grand Rapids Press and the Traverse City Record-Eagle. Angie is a graduate of Michigan State University.

Angie covers the issues of formerly incarcerated citizens in Detroit. Michigan’s prison population is coming down from a record high in 2007 due in part to a combination of relatively fewer new prisoners and a slightly higher parole rate. The recidivism rate has steadily declined in the last 20 years. This is good news, but what happens when you’re out of prison? How do you find work? Many employers won’t hire individuals who were formerly incarcerated. If you can find work, there are still many obstacles to building a good life —transportation, substance abuse and job training are just a few. The future of each returning citizen is key to an equitable recovery for the city of Detroit. This unique reporting role will focus on storytelling, myth/stigma-busting, resource-building and community engagement. The audience for this beat includes the formerly incarcerated, their families, people in positions to help and the community at large. Angie speaks to people in each constituency to define their needs and the best way to reach them, as well as leaders and clients of several existing nonprofits for returning citizens about the problems they face. The Detroit Free Press wants to know their stories. We also want to know how to help. Angie thinks holistically about what audiences need and how to reach them.