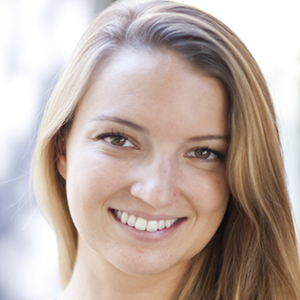 Anna Jean Kaiser reports on economic mobility in Miami-Dade County for the Miami Herald. A recipient of an Overseas Press Club scholarship, Kaiser will earn her master’s degree from the Columbia University Graduate School of Journalism in 2021. But before all of this, Kaiser, who is from the San Francisco Bay Area, graduated from the University of California, Santa Cruz, then moved to Brazil speaking only some Portuguese and having no journalism experience. Kaiser soon found herself fluent in the language and reporting for The New York Times, The Washington Post, The Associated Press, and The Guardian, covering the Zika virus, President Dilma Rousseff’s impeachment, the Summer Olympics and the deforestation in the Amazon rainforest, among other stories. This multimedia journalist speaks Portuguese and Spanish, and in 2018 she made several trips to the Venezuelan border to report on the migration crisis and the Venezuelan diaspora, which inspired her to expand her beat beyond Brazil and report throughout the Americas.

This RFA corps member will be part of a broad effort to cover the issue of economic mobility. They'll be part of a team focusing on this issue, which cuts across race and ethnicity in our region. Miami-Dade has shifted from a place where a middle income provided a comfortable life for hundreds of thousands to a metropolis beset by a housing crisis and a level of economic inequality that matches that of Colombia.