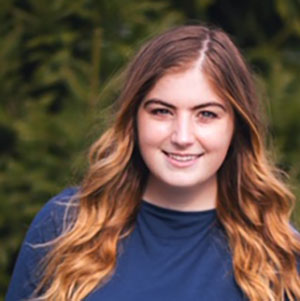 Anna Nichols covers the Michigan statehouse for The Associated Press, concentrating on roads, bridges and other ailing infrastructure in this Rust Belt state. The state capital is familiar terrain for Nichols, a graduate of Michigan State (in East Lansing) where, as a student journalist for the campus paper, The State News, she won national attention for her work on the sexual assault corruption scandal that engulfed USA Gymnastics and led to the conviction of team physician Larry Nassar. She has also covered welfare and criminal justice for the Michigan Advance, where she developed the paper’s human welfare beat. A veteran of local news coverage, Nichols was also a reporting Intern for MLive, and the Saginaw News & Bay City Times. Her awards include the Society of Professional Journalists Detroit Chapter 2018 Lawrence A. Laurain Scholarship, being named Michigan Press Association 2018 Foundation Scholar and winning the National College Media 2018 “Best of Show” print issue centerpiece.

Michigan roads and bridges are considered some of the worst in the U.S., and lawmakers can't figure out how to pay for it. This Reporter produces enterprise and accountability reporting that puts Michigan in a U.S. context. Also, the Reporter covers several high-profile races that could help determine the balance of power in the U.S. House while producing enterprise articles that capture the issues on voters’ minds in pivotal districts.