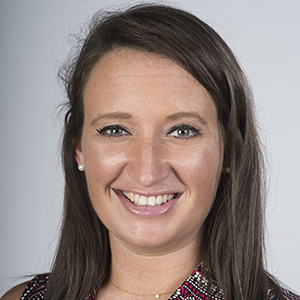 Annie Blanks covers the thriving city of San Marcos, Texas for the San Antonio Express-News. Not only is she is serving her first year as a Report For America corps member, she’s also living and working for the first time in the great state of Texas. Annie has been a working journalist for more than five years, all of which have been spent in the Florida Panhandle. While in Florida, Annie spent three years with the Pensacola News Journal covering Santa Rosa County, which is the 11th fastest growing county in the state. She wrote about local government, environmental issues, courts and cops, education, and, yes, the occasional “Florida Man” story. Prior to that, she was a general assignment reporter for the Northwest Florida Daily News. Annie loves journalism and newspapers, and is very much enjoying her newest career adventure in Texas.

This journalist focuses on the booming cities on the fringes of San Antonio. As the region’s population grows, what were once small, part-time local governments face increased demands for services and transparency. Political dysfunction and self-dealing call for a dedicated Reporter on this beat.