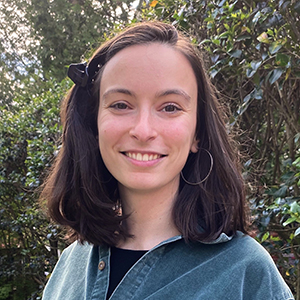 Annie Rosenthal is the border reporter at Marfa Public Radio, which is based in Marfa, Texas. In 2020, as a Yale Parker Huang Fellow focused on migration and criminal justice and fluent in Spanish, Rosenthal helped to produce a bilingual radio show, tracked COVID deaths in U.S. prisons, and freelanced for publications like Politico Magazine and the Los Angeles Review of Books. She previously covered rural Alaskan life for the Homer News, the local paper in “the halibut fishing capital of the world,” and reported on immigration and the legal system as an intern at the Pittsburgh Post-Gazette. Rosenthal received her B.A. from Yale University, where she was editor-in-chief of The New Journal, a long-form magazine about New Haven. Her thesis reporting on the search for missing migrants in Arizona earned her a 2020 Overseas Press Club Scholar Award and Yale’s John Hersey Prize for journalism. Her hometown is Washington, D.C.

This reporter focuses on covering the border of the United States and Mexico. Communities along the Rio Grande are often talked about as sister-cities, places that have more in common than geographic and—in certain stretches—physical barriers. Border reporting centers on immigration—including experiences of detention, family separation and tightening policies for asylum-seekers. But, it also includes stories of cross-cultural ties, identity and life in our region.