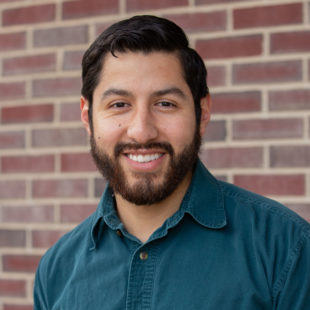 Anthony Vazquez is a Marine Corps veteran and photojournalist for the Chicago Sun-Times where he concentrates on city’s south and west sides. Previously Vazquez was based out of Iowa and Mexico where he focused on the effects of Medicaid privatization in Iowa and rural life in the United States and Mexico. In the Marine Corps, Vazquez supervised flight line operations of multiple airfield control groups as well as aided in medical evacuations of injured personnel by securing and designating landing zones for helicopters. His experience in the Marine Corps confirmed the importance of documenting and sharing stories. After the military, Anthony pursued journalism at the University of Iowa where he served as photo editor of The Daily Iowan. Post-graduation, he moved to Mexico to continue documenting illegal immigration. While in Mexico he was a stringer for The Associated Press and AP Images.

Beat: Photojournalism of South and West sides of Chicago

This photojournalist works with current RFA reporters covering Chicago's South and West sides. The photojournalist also comes up with their own short-term and long-term projects combining visuals with street reporting.