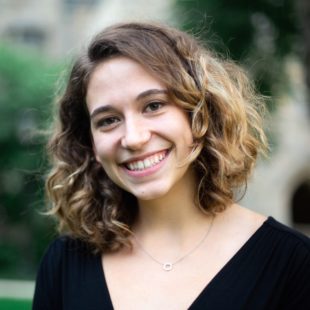 Antonia Ayres-Brown reports on race and poverty in Newport, Rhode Island for The Public’s Radio, which is based in Providence. She most recently covered state politics and government as an intern in the Chicago Tribune’s Springfield bureau. She also interned with the Toledo Blade and reported on manicurist licensing policy for Connecticut Public Radio. She earned her B.A. from Yale University, where she contributed to The New Journal, a long-form magazine about New Haven. In 2019, she was awarded Yale University’s Gordon Summer Journalism Fellowship to research gender-mixed barracks in the Norwegian Armed Forces. She has written about public policy, sexual violence and criminal justice.

One of the big issues in Newport and on Aquidneck island is the growing gap between rich and poor. The island has seen a rapid increase in its low income population, an increasingly diverse population. It is not equipped to meet the needs of education, housing, health care, etc. in the wake of such stark inequality. This Reporter focuses on community issues, including race and poverty, finding untold stories in undercovered areas.