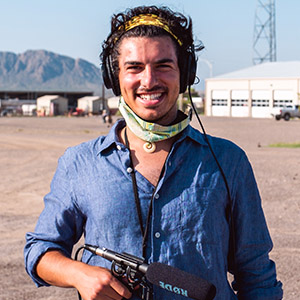 Ari Snider reports on Maine’s refugee communities for Maine Public, a nonprofit based in Portland with radio, TV, educational and Web services. Snider grew up in Maine, and returns by way of far west Texas, where he hosted Morning Edition at Marfa Public Radio. Before that, Snider was in Southeast Alaska, reporting and hosting at public radio stations KCAW in Sitka and KFSK in Petersburg. He got his start in audio as an undergrad at Brown University and through internships at radio stations in Vermont and Rhode Island. Over the last several years, Snider has covered everything from a labor strike to a ferry-funding crisis to renewable energy initiatives in remote Alaska towns. His reporting has won three Alaska Press Club awards, and has aired on radio stations throughout Alaska, Texas, and New England. When looking to get out of town for a weekend, Snider has a special fondness for the islands of Penobscot Bay and the lakes and mountains of the North Woods.

Maine's demographics have shifted in recent years, with a growing population of immigrants arriving from various countries around the world. In particular, there's been recent growth in the number of refugees from Congo, Angola, Somalia, and other countries in Africa and Asia. A beat focused on new Mainers and the economy will make strong inroads into covering these communities. We are seeing emerging trends reflected in many different ways; at schools, which must prepare resources to help the students of immigrant parents; in the downtowns of Maine's largest cities where immigrant-owned businesses are opening up; with social service agencies trying to bridge gaps for professionals who arrive with credentials from their home countries that need to be translated into U.S. access; and with new Mainers searching for meaningful work, and a taste of home. We want to cover these important stories and better reflect our increasing diversity in Maine and in our newsroom. The journalist will be creating audio stories for radio and also print stories for digital.