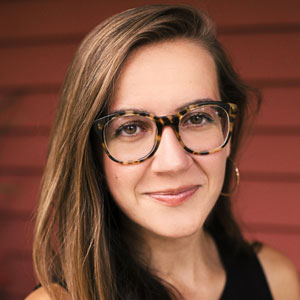 Prior to covering public health in eastern Washington state, Arielle worked as a staff reporter and writer for the Jackson Free Press, the alternative weekly in Mississippi. She covered state government, earning numerous awards including several first place Green Eyeshade awards. She has also received awards from the Association of Alternative Newsmedia Awards and the Associated Press for feature writing, politics reporting, business reporting, courts reporting and public service. More recently, splitting her time between Pasco, Washington and Andalucía, Spain, Arielle has written about rural America and happiness for 74 Million, covered local business for the Tri-Cities Area Journal of Business and wrote about mental health and reproductive health for the Free Press. She received her B.A. from Azusa Pacific University and her M.A. from the Columbia Graduate School of Journalism.

Arielle reports on health and social issues in Spokane and the surrounding region as part of the paper’s Metro Desk team. That includes covering breaking news and diving into issue stories about key health topics, such as opioid abuse and access to care; social issues, such as the need for more foster families; and medical research and innovation from the area’s universities. She works with the Review’s government affairs editor, who is skilled at guiding novice reporters and helping them look beyond the process to find important issues and compelling human stories that will engage readers. As part of a small newsroom team, Arielle has the chance to tackle a wide variety of assignments and gets hands-on training with our digital team.