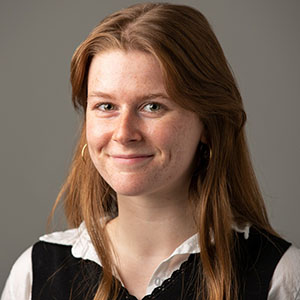 Arleigh Rodgers covers the Indiana Legislature with an emphasis on K-12 education for The Associated Press. Before joining the AP, Rodgers was a general assignment reporter for the Las Vegas Sun, where she also reported, produced and hosted a podcast, “Heating Up,” which investigated the link between extreme heat and mental health among Las Vegas’ homeless and low-income residents. Holding a bachelor’s degree from Ithaca College, she was a multimedia reporter for the student-run paper, The Ithacan, editor of Year in Review, a magazine and host of “Re:Mixing,” a music podcast. Rodgers’ work has earned awards from the New York Press Association, the Associated Collegiate Press and the College Media Association.