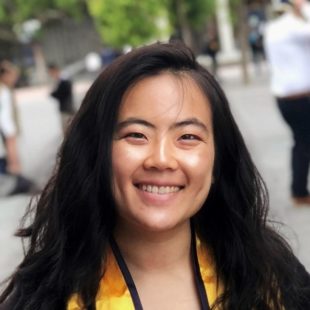 Ashley Wong reports for The Sacramento Bee, concentrating on the diverse Asian American communities that make up some 20 percent of the city’s residents. She has covered the Covid-19 outbreak in Michigan as a freelance reporter for Bridge Magazine, as well as statehouse politics in Washington, D.C. as an intern for the Center for Public Integrity. She has also covered local news, Silicon Valley and higher education in the San Francisco Bay Area through internships at East Bay Express and USA Today. In college, she was a news editor at The Daily Californian, the University of California-Berkeley’s independent newspaper, where she won a First Place Society of Professional Journalists Award for her story on a conservative nonprofit backed by powerful GOP donors in 2018. Born and raised in the Detroit suburbs, she is a 2019 graduate of the University of California-Berkeley.

Nearly 20 percent of Sacramento residents and 16 percent of Californians are of Asian descent, making this the fastest growing demographic in the state. The Asian diaspora in Sacramento is complicated, vast and underrepresented in The Sacramento Bee’s coverage. The Report for America corps member covers Asian-American issues in Sacramento, including the city’s Hmong, Chinese, Vietnamese, Indian, Cambodian and Japanese communities, among many others. Stories include larger California issues such as how the DACA debate affects Cambodians brought to Sacramento as young children to escape the Khmer Rouge, and the largely unreported deportations currently occurring in the Vietnamese community. The Reporter explores topics such as how cultural expectations affect the #MeToo movement, domestic violence and educational outcomes for girls. The beat also explores how Asians who have been economically successful are reshaping California politics and our understanding of how we are increasingly part of the Pacific Rim. This Reporter works on a high-impact team and is mentored by a senior Reporter.