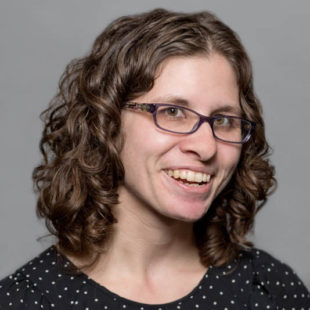 Becky Z. Dernbach reports for Sahan Journal, a news organization in Minnesota’s capital, St. Paul, that focuses on the state’s immigrants. Dernbach focuses her reporting on the education of Hmong, Somali, Latino and other immigrant students. Until recently she was an editorial fellow in the San Francisco office of Mother Jones, where she reported on labor and health care issues and fact-checked stories for the magazine and web. She graduated with a master’s degree in journalism from Northwestern University’s Medill School in 2019. While at Medill, she was a research assistant for the Chicago Tribune and published an investigation on Medicaid backlogs in the Chicago Sun-Times. Dernbach grew up outside Harrisburg, Pennsylvania, and now calls Minneapolis home. Before she entered journalism, she worked in communications in the Twin Cities focused on racial justice issues. She’s also worked as a substitute teacher in the Minneapolis Public Schools. Dernbach is the author of a rhyming picture book about the 2008 foreclosure crisis, Fannie and Freddie.

Beat: Education of Hmong Somali Latino and other immigrant students