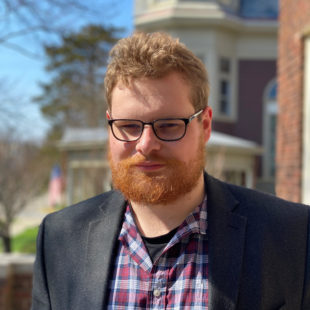 Bennett Leckrone is a reporter for Maryland Matters, a news nonprofit based in Takoma Park, Maryland, just outside Washington, D.C. Leckrone will concentrate on state elections, money, and ethics. He is a recent graduate of the E.W. Scripps School of Journalism at Ohio University, and recently completed an internship at The Chronicle of Higher Education in Washington, D.C.. Prior to graduating, he wrote about state and local governments during internships at The Columbus Dispatch, Dayton Daily News, PennLive.com and his hometown paper in Ohio, The Troy Daily News. Leckrone got his start covering city council meetings for the independent, student-run newspaper at Ohio University, The Post, and eventually became the paper’s long-form editor. Leckrone is a lifelong Ohio resident and has written extensively about Appalachian issues and the opioid epidemic.

This Reporter focuses on elections, money and ethics as part of a state legislative beat. Citizens rarely know the extent to which the legislative session is dominated by special interests. In session, lobbyists are with legislators every waking hour: at meals, receptions, social events, after-hours cigar bars and gymnasiums. It’s easy for a well-placed lobbyist to call in a personal favor to kill or pass a bill. Grass-roots interest groups can have their say, but nothing beats close personal relationships and an ability to generate campaign contributions. This Reporter will also comb through campaign finance reports to see who's trying to influence our leaders. This is fertile territory for us. The beat will be a mix of breaking news and long-term projects.