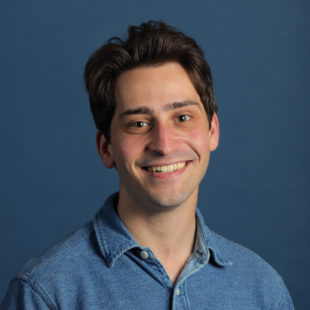 Brandon Block reports for The Olympian in Olympia, Washington, focusing on homelessness in and around the state capital and the factors that contribute to homelessness, such as mental illness and drug addiction. Block is a reporter and filmmaker who, for two years, has covered criminal justice, immigration and the environment in Baltimore. His writing has appeared in WYPR 88.1, the DCist, and the Baltimore Beat, and he fact-checked the book “I Got a Monster: The Rise and Fall of America’s Most Corrupt Police Squad.” He spent the last year in Bangkok, Thailand, where he worked for an education nonprofit on a Princeton in Asia fellowship. He holds a B.A. in Political Science and Film & Media Studies from Johns Hopkins University in Baltimore. Block got his start in journalism by writing film and theater criticism for Baltimore City Paper.

This Reporter covers housing and homeless issues and the factors that contribute to homelessness, such as mental illness and drug addiction. By having someone devoted to the topic, we hope to cultivate sources on both ends of the issue: people who are homeless or struggling to keep a roof over their heads, and people who have work toward innovative and effective solutions. During the half of the year when our legislature is in session, the Reporter tracks bills that address housing and homelessness, working side by side with our legislative Reporter. They also work in tandem with our staff Reporters on bigger enterprise work. State legislature stories and solutions-focused enterprise are framed to be featured in our three sister publications. This Reporter is expected to shoot some video and photos to go with their stories, but is also supported by our staff videographers.