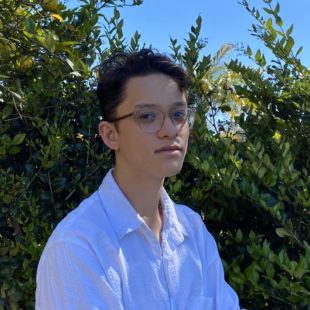 Brandon Pho reports for Voice of OC, a publication in Santa Ana, California, where he covers North Central Orange County, a diverse area with thriving Korean, Vietnamese and Hispanic communities. For the past two years as an intern at Voice of OC and in writing for other publications, he has held local governments accountable. In 2019, his investigation revealed local county fair officials spending hundreds of thousands of public dollars on special dinners for themselves and uncovered a conflict-of-interest scandal involving the fair’s CEO, who was eventually fired. As the son of a Vietnamese American immigrant, Pho was senior editor for his college newspaper, The Daily Titan at Cal State Fullerton, where his work garnered first place honors at the Los Angeles Press Club and the College Media Association. His reporting has landed him on public radio, and his work has been cited in federal court. IN 2018, He won first place for Best Breaking News and second place for Best Feature Story from the College Media Association. Pho was also a Mark of Excellence finalist in 2018 for breaking news reporting from the Society of Professional Journalists.

This is a local beat, covering various cities of North Central Orange County. The county’s three million residents live in the secondmost densely populated county in California. Homelessness, affordable housing, transportation, environmental issues and social services/healthcare are major public policy issues that touch every resident on a daily basis. The densely populated north central part of the county, including the cities of Westminster, Garden Grove, Fountain Valley Huntington Beach and Los Alamitos, are ethnically diverse with leaders emerging from the significant Vietnamese, Korean and Hispanic populations.