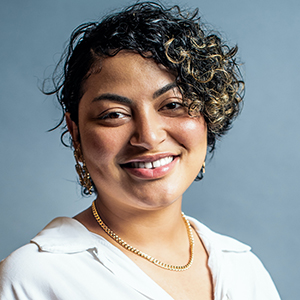 Brittany Brown covers workers and labor in Memphis, Tennessee for MLK50: Justice Through Journalism, which reports on policy, poverty and power in Memphis and Shelby County. Prior to joining MLK50, Brown reported on the criminal justice system in Mississippi, Alabama and Louisiana for the Gulf States Newsroom, NPR’s southern news hub. She was the inaugural Emerging Reporters Fellow at Mississippi Today, where she covered the state’s criminal legal system through the lens of justice and equity. Brown’s journalism career began in student media at the University of Mississippi, where she worked as a reporter and editor for the student newspaper, tv station and yearbook. In college she worked as a breaking news intern with The Baltimore Sun and was a reporting fellow with Carnegie-Knight News21 at Arizona State University, where she reported on hate crimes in America. Brown holds a bachelor’s degree in journalism and is currently completing her master’s documentary thesis project in Southern Studies at the University of Mississippi.

Beat: Public policy and its effects in Memphis and Shelby County

Using public records and data sets, and connecting with residents, community leaders and city insiders, this multimedia reporter examines the process by which public policy is made and how it impacts real people in Memphis and Shelby County.