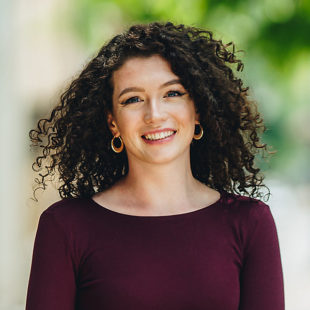 Camalot reported on community issues in Las Vegas, including a long-term project on underage sex trafficking, for the Las Vegas Sun and its sister publication, Las Vegas Weekly. For the Sun, she wrote a pathbreaking investigative piece called, “Children on the Cusp: The transition from foster care to adulthood is leaving some behind.” The Nevada Press Association identified this work as the best investigative story of the year and named Camalot the Best Community Reporter of 2017. She also worked as a reporter for KUNV radio. She is a graduate of University of Nevada, Las Vegas.

According to the Center for Disease Control and Prevention, about one in five adults live with a mental illness and just over 20 percent of children have had a seriously debilitating mental disorder. Unprecedented changes are roiling the mental health system including Medicaid and Affordable Care Act redesign, and a historic opioid epidemic. The changes mean local governments, health care providers, etc. are constantly having to adapt in order to meet new standards. On top of that, in western New York, there’s a shortage in mental health funding, beds and workforce.

Cam focuses on mental health stigma and the state of mental health care in western New York, specifically in Erie, Niagara and Chautauqua counties. With Buffalo being a border city, there’s also the opportunity to look at mental health awareness and treatment in Canada, a country that prides itself on the way it approaches the topic. Spectrum News Buffalo provides training for shooting, editing and using newsroom software, and Cam will have the opportunity to participate in regular storytelling workshops. Additionally, Cam works in conjunction with the Networks Digital team to produce content for distribution on relevant social media channels.