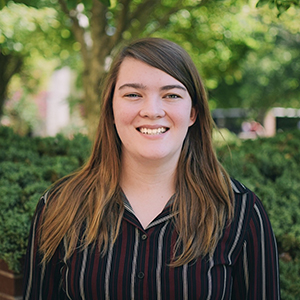 Catherine Nolte reports on poverty and food insecurity in Fort Smith, Arkansas for the Southwest Times Record. In 2021, she earned her bachelor’s degree in communication from John Brown University in Siloam Springs, Arkansas. Nolte was the executive editor of The Threefold Advocate, the student paper, and during her tenure she led the paper to a fully digital transition while covering breaking news, the university’s response to COVID-19 and the effects of online harassment on campus culture and student safety. Nolte’s work and leadership earned her the Editor of the Year Award from the Arkansas College Media Association, and she has also won multiple first-place awards from the National Federation of Press Women. She grew up in Benton, Arkansas.

This reporter covers food insecurity and poverty in Fort Smith, and serves as a watchdog on the many groups who are funded by government agencies to assist people in their pursuit to climb out of poverty.