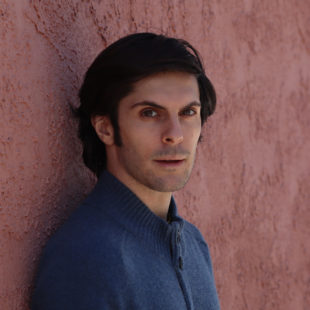 Cedar Attanasio covers the New Mexico Legislature for The Associated Press where he concentrates on education and poverty. “I was born in a teepee and grew up off the grid,” he says. Among the pine—and, yes, cedar—forests of Northern New Mexico, Attanasio didn’t have a television. “The first news story I ever saw was in a copy of Newsweek. I was kind of news starved, scrounging through old stacks of National Geographic,” he says, adding “I have organized three community circuses. The first was in Santa Fe, New Mexico, where I taught teens my age how to stilt walk.” A New Mexico native, Attanasio covered immigration for The AP from its bureau in El Paso, Texas and also covered the mass terrorist shooting in the border city. He’s a graduate of the Santa Fe Tutorial School, the Li Po Chun United World College of Hong Kong and Middlebury College, where he earned a bachelor’s degree in geography and Spanish.

Beat: New Mexico state legislature, with a focus on education and poverty

This Reporter focuses on the challenges the state will face as it looks to rebuild an education system that will be financed on the precarious back of the oil and gas industry at a time when Democratic lawmakers are pushing to curb drilling and move toward renewables. The beat explores the intersection of education, poverty, race and economic outcomes through the lens of real people in rural communities.