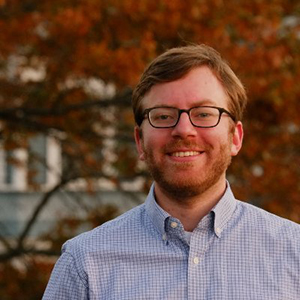 Charlie Wolfson is a local government accountability reporter at PublicSource, a nonprofit newsroom dedicated to public service reporting in Pittsburgh, Pennsylvania, his hometown. Wolfson focuses on policy, the impact of government programs and election procedure and access. For three years he reported for The Boston Globe, both while earning his bachelor’s degree in journalism at Northeastern University and after he graduated in 2020. Wolfson was a reporter and editor at The Huntington News, Northeastern’s student paper, including a term as editor-in-chief and an intense several months covering the university’s response to the early days of the pandemic. In early 2021 he interned at the Investigative Reporting Workshop at American University.

Beat: Elections and local government and democracy in Pittsburgh

This reporter focuses on undercovered stories and practices of local democracy and government in the Pittsburgh region. This reporter does not concern themselves with politics, optics or parties; they focus on threats to democracy, policy-making, transparency and accountability in the city of Pittsburgh and wider Allegheny County, which has 130 self-governing municipalities, the most in Pennsylvania. This beat is a combination of enterprise beat reporting and medium-term projects. Using records requests and digital engagement tools, this reporter will also explain local government to people it represents and help cover meaningful democracy issues that are of most importance to the constituents on the local level but do not get covered by local horse-race journalism.