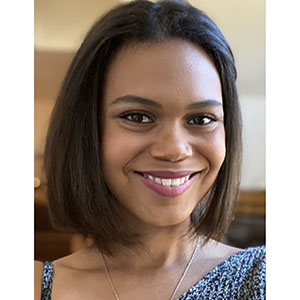 Cheyanne M. Daniels reports for the Chicago Sun-Times, covering the city’s South and West Side neighborhoods. She hails from the south suburbs of Chicago, and earned her master’s degree from Northwestern University’s Medill School of Journalism in 2021, specializing in politics, policy and foreign affairs reporting. As a grad student, Daniels reported on politics and policies affecting disenfranchised and minority communities, such as Illinois inmates’ and their response to the pandemic and vaccines. Daniels’ work has been published in the Wisconsin State Journal, the Grio, South Side Weekly, and by UPI. Previously, she was a research scholar for the Journalism, Ethics and Democracy Institute at Notre Dame. Daniels holds a bachelor’s in journalism from Illinois’ North Central College, where she served as news editor of The Chronicle and NCClinked, its online news site.