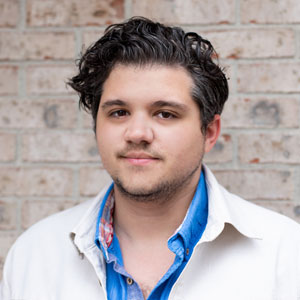 Chris is an Emmy-nominated journalist, photographer and documentary filmmaker. He has worked for the Associated Press in Michigan covering state politics, the 2016 presidential election and the Flint water crisis. Previously, he was a reporter for the Newport News-Times on the Oregon coast where he directed, filmed and edited two documentaries: one on the homeless crisis in Newport and another on inmates living with mental illnesses, which earned him an Emmy nomination. He attended Wayne State University in Detroit where he was a part of the Journalism Institute for Media Diversity Honors Program and a recipient of the Robert McGruder Scholarship and the Benjamin J. Burns Endowed Scholarship.

Chris reports from Hartford, Connecticut’s state capitol, alongside veteran statehouse staff, with a mission of looking at criminal justice issues across the state, including poverty, race and changing policy of who is prosecuted, how they are incarcerated and how politics in America today influences those issues. He has access to AP colleagues on the national state government reporting team, data experts and a network of colleagues with deep experience reporting on government. AP’s team of reporters in Washington, D.C. also help him understand the connections between state and local trends. He produces a balance of spot news and enterprise work, with an emphasis on data-driven stories that can be distributed to AP customers around the state.