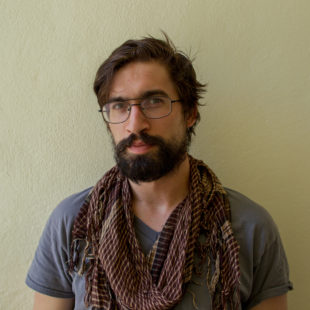 Christopher Jones was a reporter for 100 Days in Appalachia where, as a digital and forensic reporter, he focuses on white supremacists and their disinformation campaigns.  A United States Marine Corps veteran, who served four years in the infantry and as a machine gun squad leader in Afghanistan, Jones was also an EMT in Pittsburgh. As a freelance photojournalist, he’s covered the war in Afghanistan as well as political and breaking news coverage in the U.S. His work has appeared in The New York Times, The Washington Post, USA Today, and The Village Voice. In 2019 he worked as a monthly contributor for Pacific Standard magazine.

This Reporter works specifically on digital and forensic investigative reporting to deepen our understanding of the misinformation and disinformation being spread by white nationalist and white supremacist groups in the U.S. and will explore specifically the recruiting tactics these groups are using to target young Appalachians, who are particularly vulnerable.