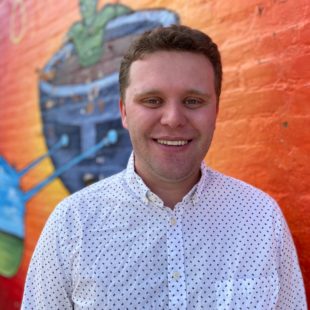 Chris Welter reports for WYSO, the NPR station covering the greater Dayton, Ohio, area where he focuses on climate change and its impact on southwest Ohio and explores possible solutions. Welter is an Ohio lifer. He will graduate with a self-designed degree in environmental sciences from Antioch College in June 2020. He did boots-on-the-ground conservation work at farms and conducted extensive policy research on land-use issues in southwest Ohio as a Miller Fellow with the non-profit organization, Tecumseh Land Trust. He was editor-in-chief of Antioch College’s independent community newspaper, The Record. He also worked as a paralegal at a criminal defense firm in Chicago and a bankruptcy center in Philadelphia through the college’scooperative education department. He is originally from Columbus, Ohio. Chris has two cats, Beaver and Franklin, and is an avid disc golfer playing in tournaments across the country.