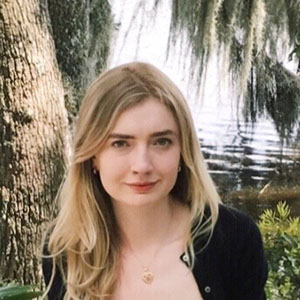 Claire Potter reports on environmental issues for the Valley News in West Lebanon, New Hampshire. Previously, she was a research intern for the “The Axe Files,” David Axelrod’s podcast on CNN’s site. Potter graduated Phi Beta Kappa with a bachelor’s degree in American History and English Literature from The University of Chicago in 2021, where she was a managing editor and contributor to Expositions, the student-run magazine covering environmental issues. Potter has written about Illinois’ child welfare and juvenile justice systems for the student paper, The Chicago Maroon, and reported on the Iowa caucuses for ABC’s political news site during the summer of 2019. A Pulitzer Center fellow, Potter has reported on the activists and urban planners who are reintroducing wetlands and rivers into Mexico City. She grew up in Warwick, New York.

Beat: Environment and climate change in the Upper Valley

This reporter uses the environment and climate as lenses to report on all facets of Upper Valley life, from agriculture (e.g. changing growing seasons) to the economy (ski resorts), health, education and more.