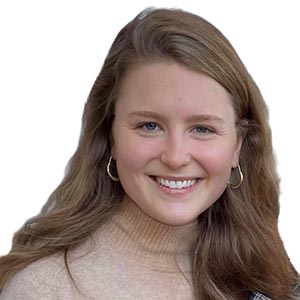 Clara Bates reports on gaps in the social safety net for the Missouri Independent, a nonprofit newsroom dedicated to investigative journalism. A recent graduate of Harvard University with a concentration in social studies, she also studied Russian and spent a summer in Moscow. Bates has written for Fifteen Minutes—the weekly magazine of The Harvard Crimson student paper— about a controversial congressional orientation and an early 20th-century class war among students. As an intern for Nevada Current, she wrote about laid-off convention workers and unregulated funeral homes, and while reporting on an anti-union hiring fair, Bates was ejected from a casino.

Over the last two decades, Missouri has decimated its safety net programs, adding eligibility requirements, reducing staffing, and making it harder for Missourians to navigate an understaffed bureaucracy. Agencies like the children’s division, which is tasked with protecting children from abuse, struggle with low pay and staffing shortages. This multimedia reporter tells the stories of the people desperate for help. Working to unspool the issues, the reporter explains the ramifications for communities around the state, and delves into possible solutions.