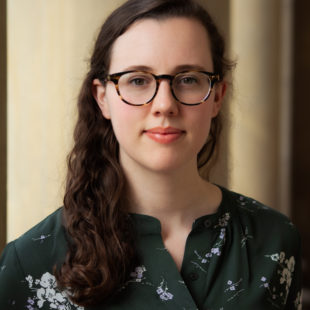 Clara Hendrickson does PolitiFact fact checking at the Detroit Free Press, where she holds public officials across the state to account on a range of issues. Prior to her time in Michigan, Hendrickson was a researcher at the Brookings Institution in Washington, D.C. and a freelance reporter for national and local outlets. At Brookings, she wrote on a range of public policy issues, including rising regional inequality, domestic and international efforts to regulate “Big Tech” and the financial challenges confronting local newsrooms. Her journalism has appeared in Boston Review, Democracy Journal, The Atlantic and Politico Magazine. She has also contributed feature articles for the non-profit outlet DCist, such as the impact on service workers of eliminating late-night public transportation routes and efforts to provide residents affordable exercise options in neighborhoods that don’t have a gym. Hendrickson holds a bachelor’s degree in political science from the University of Pennsylvania where she was an op-ed columnist for The Daily Pennsylvanian, frequently covering labor and income disparity issues on campus and in Philadelphia.

Beat: Fact-checking of Michigan politicians during election season and beyond

After Politifact and the Detroit Free Press furiously factchecked claims made during and after the 2020 elections and for months after Election Day, this beat has shown the deep need for nonpartisan factchecking in Michigan. The two organizations will continue that work, factchecking public officials across the state on a range of issues as well as claims made by candidates in upcoming Detroit City elections. A Michigan-based PolitiFact reporter will continue to be based with the Free Press and have the opportunity to work closely with editors in Detroit and at PolitiFact. This beat will also include reporting on politics in Michigan, including the state's new redistricting commission, tasked with redrawing political boundaries after the 2020 census.