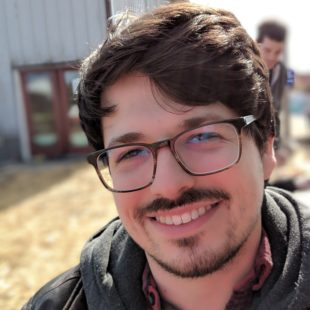 Conor Morris reports for the Northeast Ohio Solutions Journalism Collaborative focusing on poverty in the city including housing, health and education. Morris covered Appalachian southeast Ohio for the weekly newspaper The Athens News for six years. He reported on Athens County, but especially local government, the campus of Ohio University (his alma mater), cops and courts, and the social and economic issues facing the residents of Ohio’s poorest county. Morris helped guide The News toward two Newspaper of the Year awards in its division of the annual Ohio News Media Association Hooper Contest. Morris himself won six first-place Hooper awards for his reporting over the years, including for a story series about police and hospital failures in a sexual- assault investigation in Athens. Morris was born in Marietta, Ohio.

Beat: Poverty in Cleveland including housing, health and education

Cleveland is one of the nation’s poorest cities, its people among the most disadvantaged. This Reporter covers solutions-based topics that address these problems, with the long-term goal of giving people here a fighting chance at a decent life. The need for assistance is high, especially among our poorest residents. Resources and regulation are weak. Topics include clearing obstacles to safe, affordable housing; reducing hunger and malnutrition; fostering literacy; and protecting the frail. A key skill for this Reporter is the ability to relate to people who live in inner-city Cleveland, and excellent storytelling.