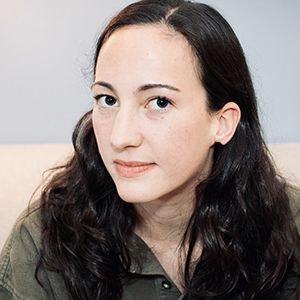 Cora Lewis covers workers and the business of agriculture for The Midwest Center for Investigative Reporting, a nonprofit newsroom based in Champaign, Illinois. Prior to joining The Midwest Center, Lewis reported on labor and breaking news for BuzzFeed News, where she received a Front Page Award from The Newswomen’s Club of New York for stories covering on-call scheduling. Her work has led to the resignation of an abusive CEO and has been featured on “This American Life.” She has followed minimum wage movements, teachers’ strikes, automation, the on-demand economy, alternative organizing models and union politics. Born and raised in New York City, Lewis received her bachelor’s degree in philosophy from Yale University and her master’s in fiction from Washington University in St. Louis.

This reporter develops in-depth and data driven investigative and enterprise stories on agriculture businesses and workers primarily in Illinois. Half-a-million people work in America’s dangerous slaughterhouses, with a majority based in rural areas. In addition, thousands of migrant workers travel to the Midwest each year to work in fields and factories. The focus of the coverage includes working conditions, living conditions and pay discrepancies.