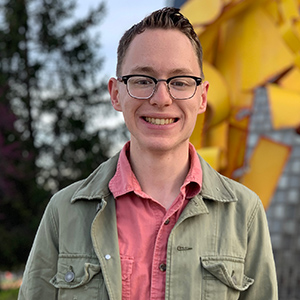 Cory Johnson is a multimedia journalist covering Mississippi’s George and Greene counties for WKRG, a CBS affiliate based in Mobile, Alabama. Johnson previously worked as an associate producer for Gray Television’s national investigative unit, and was a reporter and supervising producer for KOMU, mid-Missouri’s NBC affiliate. Johnson’s work as a reporter for two community newspapers in Wauseon, Ohio, his hometown, was recognized by the National Press Club. A graduate of the University of Missouri, he’s a member of the university’s prestigious Rollins Society for having served impoverished communities throughout Missouri, Memphis, Oklahoma City, Peru and Thailand. An Eagle Scout, he enjoys biking, camping, canoeing and hiking.

This multimedia reporter delivers strong enterprise reporting in two counties. George County residents have a per capita income of just $14,337. One fifth of people under the age of 18 and over the age of 65 live below the poverty line, and almost 90 percent of the county is white. In Greene County to the north, more than 80 percent of the population is Black. The per capita income is $13,686, and more than 34 percent of the population lives below the poverty line. This beat tells their stories.