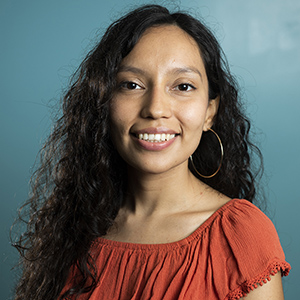 Crystal Niebla is an investigative reporter focused on infrastructure and government accountability for inewsource, a nonprofit newsroom in San Diego. A second-year Report for America corps member, Niebla was a multimedia journalist at the Long Beach Post in Long Beach, California. She holds a bachelor’s degree in journalism and a minor in sociology from The California State University, Long Beach, where she was the news editor of the student paper. Niebla grew up in South Los Angeles and realized early on that despite growing up in poverty, she could use fearless journalism to influence positive change in society.

Our RFA corps member writes about issues affecting San Diego residents and neighborhoods with a focus on infrastructure and local government accountability. This reporter takes complex issues and transforms them into meaningful and compelling watchdog narratives. Responsibilities include helping to relaunch and manage our “Fix This” community reporting project, where we solicit tips on hyperlocal infrastructure issues impacting residents.