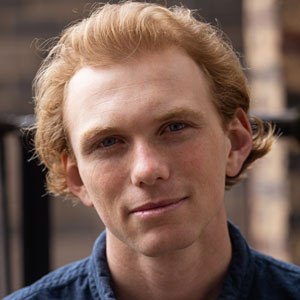 David is a radio reporter and producer whose work has aired on “Morning Edition,” “All Things Considered” and PRI’s “The World.” He started his career with local newspapers and radio stations in California and Vermont and has spent the last two years as a freelance producer in New York City, working with organizations like Radiolab, NPR and CBS News. His work has covered everything from women’s surf contests in Morocco to anti-poaching efforts in South Africa to coastal zoning policy in California. David is a graduate of Middlebury College.

David focuses on southern Utah, with an eye towards political coverage at the state and federal level, growth, public lands, energy, water and the environment. He covers the growth of the region, specifically St. George, which according to March 2018 estimates from the Census Bureau is the fastest growing metropolitan area in the United States. David works in dual capacities as a half-time general assignment reporter helping to cover the region, while the other half of the time he tackles issues such as natural resources, water and growth. He works remotely, away from the main newsroom in Salt Lake City.