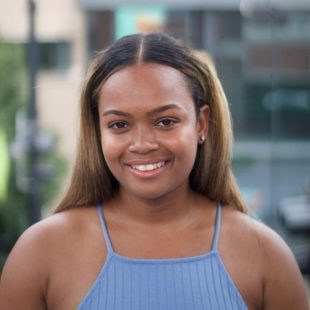 DeAsia Paige covers East St. Louis for the Belleville News-Democrat in Belleville, Ill. She has been an intern and fellow for The Nation, VICE and the Detroit Free Press and blogged on culture for Blavity, a media company created by and for black millennials. At The Nation, she was part of the magazine’s “Vision 2020 Project” reporting on how young people are approaching the 2020 presidential election. She’s due to graduate in 2020 from the University of Kansas’ William Allen White School of Journalism and Mass Communications, with a B.S. in Journalism with a minor in African and African-American Studies. Additionally, Sutgrey was a reporter for The University Daily Kansan, the University of Kansas’ student newspaper, for four years.

East St. Louis and surrounding communities get little coverage, except for crime and high school sports. East St. Louis is the largest of these low-income areas. It faces all the headwinds typical of many underrepresented communities. Neighborhoods and businesses are struggling. The downtown is crumbling. Many are impoverished. But there’s another side of life, too, with dozens of churches, rich family traditions, a pride in its history and culture and hopes for its future. Other smaller communities face some of the same issues. This Reporter gives these communities a watchdog, reports on important topics identified by residents, helps people participate more fully in civic life and triggers change.