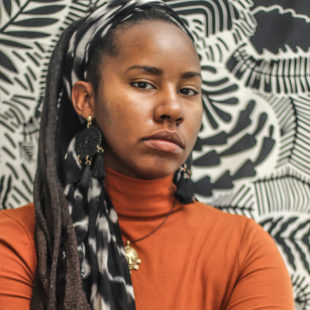 Dee Dwyer is a photojournalist at the DCist in Washington, D.C. where she focuses on minority communities. She holds a BFA in Filmmaking and Digital Production from The Art Institute of Washington and has studied at The Art Institute of Miami. After graduating in 2012, Dwyer traveled to Cuba, Jamaica, Brazil and several states documenting daily life. Dee’s work has been exhibited at Photoville, Photoschweiz, and at The DC Arts Center and The Congress Heights Arts and Culture Center. Her work has been published on the sites of BET, Allure, W magazine, The Daily Mail, MetroUK and others.

Beat: Photojournalism involving minority communities in Wards 7 and 8 in D.C.

This photojournalist works as a team with the RFA Reporter, covering minority communities east of the Anacostia River, where Ward 7 has a poverty rate of 27 percent and Ward 8 is about 36 percent. Such numbers are often the focus of the limited coverage that these communities receive. But these neighborhoods are also home to a vibrant arts community, early stages of gentrification, most of the city's low-income housing, the Frederick Douglass house, and much more that routinely goes undercovered. This Reporterraher helps change that by developing an East of the River beat. Coverage includes a mix of enterprise Photography, features, and profiles, alongside coverage of community events, political developments, and other daily news. We believe it's important that this journalist is a person of color. Even more ideal is if they already live in the community they cover.