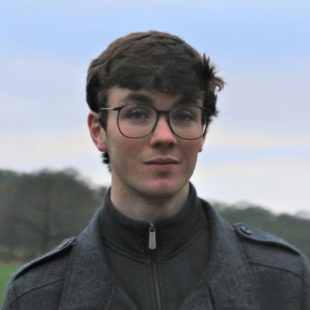 Dominic Anthony Walsh reports for Texas Public Radio focusing on the Hill Country region. Walsh knows Texas well. Before his senior year, he reported for TPR, and continued as a stringer in the fall and an intern again in the spring. He covered local arts and culture in San Antonio, a mass casualty shooting, voting rights, and the coronavirus pandemic, plus broke the news of a billion-dollar federal lawsuit brought by a group of farmers against one of the largest logistics companies in the world. He contributed to the statewide Texas Standard and to the NPR national newscast. Dominic got his start in broadcasting and journalism at Trinity University, where he worked at KRTU 91.7 FM and the independent campus newspaper, the Trinitonian. He is from Schertz, a suburb of San Antonio. He is also a percussionist, and spent six years in the Youth Orchestras of San Antonio. He remains active in the local music community.

The beat covers five distinct areas where our Tex-Net stations are located. The Hill Country, Llano and Highland Lakes, and Gonzales regions are relatively close to each other; this Reporter is based in one of those regions. That makes Snyder a four to six hour drive northwest and Del Rio a three to four hour drive southwest. This Reporter spends time in each of the service areas, as dictated by where news of particular note is happening at a given time. The Reporter is expected to produce at least two news spots per week and to be continuously working on an enterprise piece, as well.