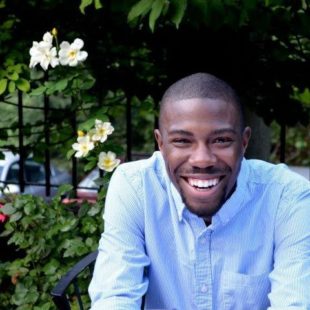 Donte Kirby covers winners and losers in the tech economy for Technical.ly, a Baltimore-based news source publishing stories about the impact of the technology economy on growing cities and focusing on the entrepreneurs and technologists that make up that ecosystem. Kirby has spent the last year and a half as an education volunteer with the Peace Corps in Rwanda, where he taught English to over 150 students. Before that, as a journalist, he wrote for hyperlocal publications like JumpPhilly, the Philadelphia Citizen and Generocity covering arts, social impact, and community development. He had an earlier stint with Technical.ly as a contributing reporter. He holds a BA from Temple University in Philadelphia. “Break dancing saved my life,” says Kirby, who got into breakdancing his freshman year of high school after his mother died. He became interested in journalism after he became a Wallis Annenberg scholar.

Beat: Winners and losers in the tech economy in Baltimore

As they move on from a manufacturing past, economic development leaders have identified the tech and innovation economy's importance to Maryland, centered in Baltimore. The healthy economic change is visible in the coworking spaces and glitzy tech offices, but for these places to truly move forward, residents who live in some of the country's most challenged neighborhoods need to have a role in that future and more directly benefit from the economic gains that come with it, including skills development. This Reporter gives voice to those residents, examining how the entrepreneurs and economic efforts in Baltimore's "Black Butterfly" are playing a role in the next wave of economic development, and what the most ambitious plans mean for existing residents there.