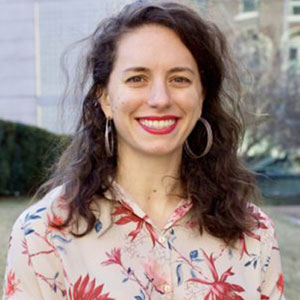 Eileen is an Olympic fencer-turned-journalist. As a dual Panamanian-American citizen, she competed for the Panamanian team at the 2016 Olympic Games and also won national, Pan-American and World Cup medals. She is currently a fellow at the Global Migration Project at Columbia University, where she has told the stories of Central American women as well as inequities in migrant women’s health — writing for The Intercept, The Nation, and Documented, among others. She has also contributed research to The New York Times. Earlier in her career, she worked as a clinic assistant at Stanford Children’s Hospital, where she served as a Bilingual advocate for documented and undocumented Latino families. She majored in Spanish and international studies at the Ohio State University and received an M.S. from the Columbia University School of Journalism.

Juvenile justice in the Bronx

Eileen covers justice issues, starting with juvenile justice in the Bronx. The South Bronx, the poorest congressional district in the country, is home to Horizon Juvenile Center, which houses nearly one-quarter of the 700 16-and-17-year-olds incarcerated on any given day in the city. The center made headlines recently amid outbreaks of violence. The neighborhood, in the shadow of Yankee Stadium, is also home to Bronx Criminal Court, which no longer has any reporters assigned full-time to the press room. The verdict’s out on the borough’s nearly year-old innovative drug court, which stresses treatment over incarceration as the opioid addiction crisis mounts. The South Bronx, meanwhile, has been designated as the site of one of the local lockups slated to replace Rikers Island, much to the ire of many area residents. Overall, the Bronx is about 85 percent black or Hispanic, roughly mirroring the demographics of Rikers. Eileen uses a combination of data and in-person reporting to explore the human toll and political scope of justice-related issues.

Beat: Juvenile justice and the courts in the Bronx